He had his stitches out and a full health check. He was really excited to see the staff and wagged his tail like crazy. Cheeky boy growled at the other dogs in the clinic, he thinks it’s his territory after spending so long there.

Eggy removed the feeding tube himself and it didn’t need to be replaced yay, he’s more than happy to eat by himself especially as he’s allowed to eat soft dog food from today. He has a huge selection of Almo Nature to choose from and he gets highly excited when he smells his food, he has a ferocious appetite.

He’s also had a bath and I have to say he’s a completely different colour, he’s a creamy caramel and not dirty grey as before. He smells a lot better now too.

He has a long way to go and there’s no certainty he’s by no means out of the woods yet.  We’re still hoping to save his leg however presently he’s not using one leg well.

He tends to swing or drag it rather than put weight on his foot. The plate in his leg can’t be comfortable however there’s no choice, without it the bones wouldn’t knit.

As he grows over the next 6 months a clearer picture will be seen of whether his hip has moved enough, if not he will most likely lose his leg anyway. . .

He’s having physio 4 times a day and his leg gently massaged, plus 2 mini walks or wobbles in his special harness.

Eggy truly is a happy, loved puppy with a large number of people who care about him. He’s such a super friendly puppy and loves people and any attention he can receive.

To all of you who have given your time, care and money to help him through this time. Thank You!

A special thanks to Alice and her brother for finding him and bringing him to safety.

Also, to Luisa & Sophie for fostering and continuing with his physiotherapy and ongoing care.

Even though he has a long way to go, I’ll keep you updated. 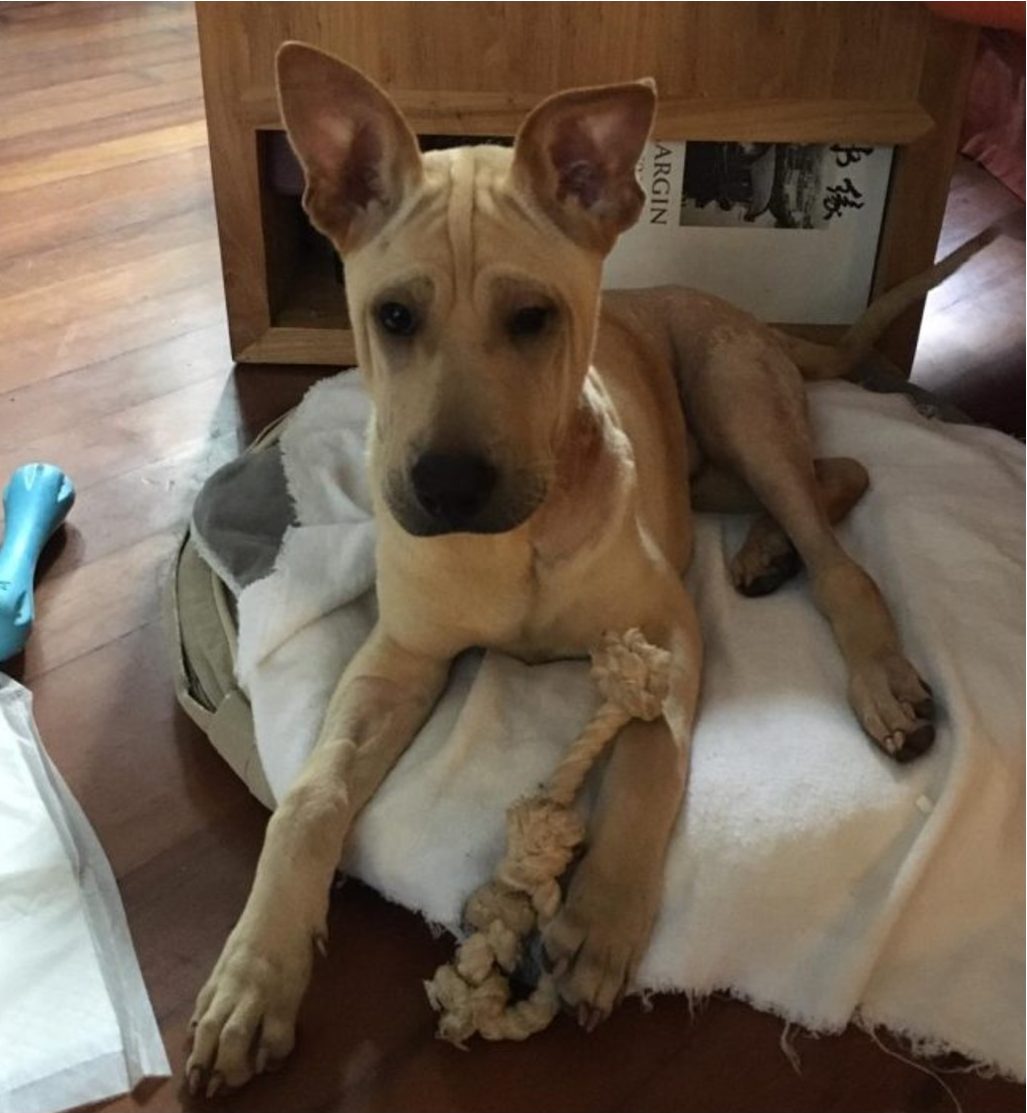