Found running round a car park and into the traffic in Yuen Long. Someone caught him and tied him to a post to prevent him from being killed, sadly no one came back for him. He was taken home by a kind person where he was given a bowl of food and water – he ate and ate and drank and drank until he finally fell asleep exhausted, after his ordeal.

He was supposed to stay there however the resident dog wasn’t having it and so he came to us.

He’s really friendly and is having a blast with the kids in foster, already toilet trained and very responsive to training especially if you’ll play with him or give him a treat. He’s a large puppy already 18 kg, and some growing to do, he’ll be a large boy for those of you who like larger dogs. 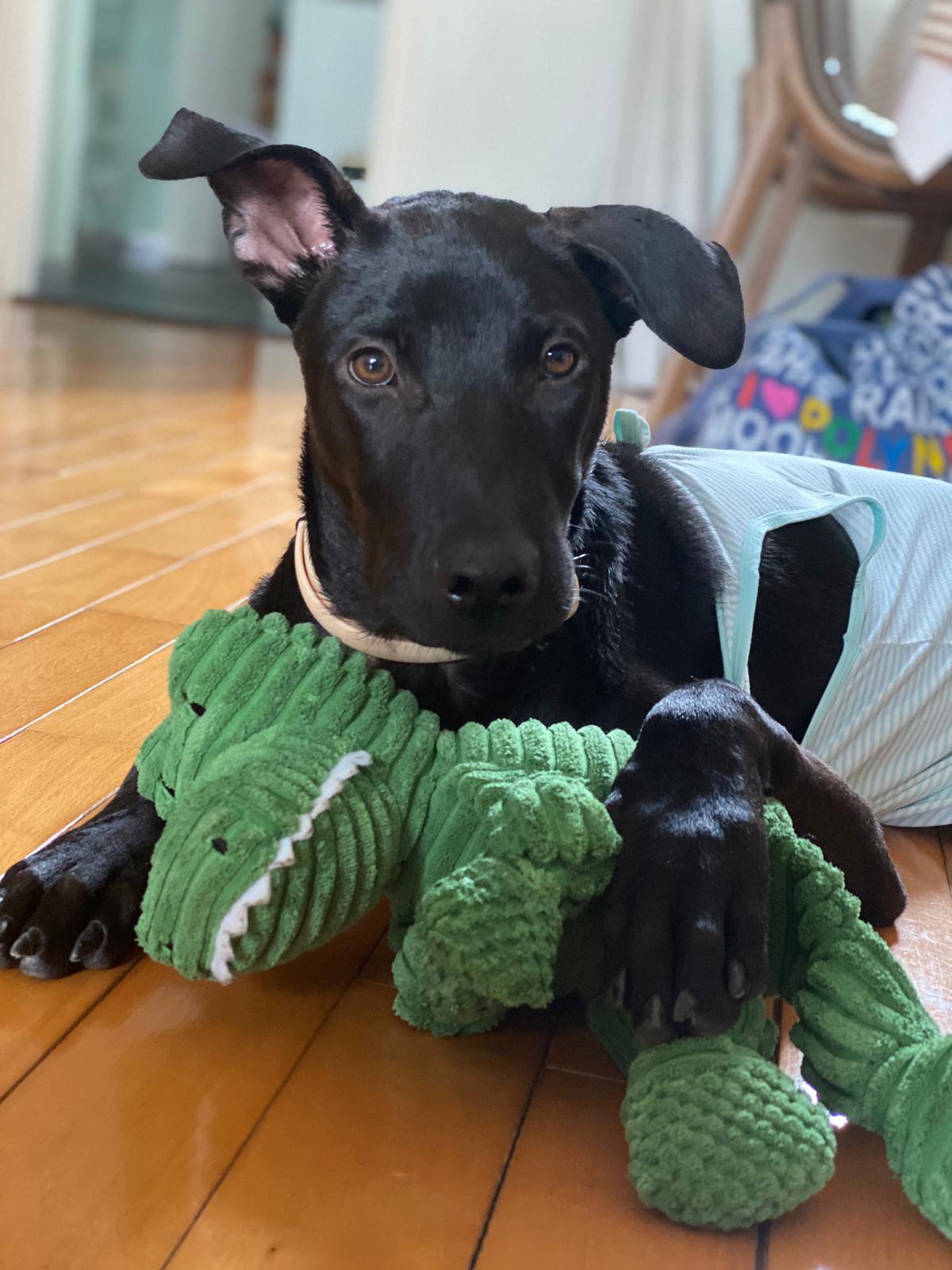