We were asked to take this kitten as apparently nobody else would help. The kitten was first seen in April with a sibling, who not long after disappeared, as did the mum.

As dead cats were seen in the area, the feeder was worried and she caught her and put her in a foster home. However, the foster wasn’t impressed with her reluctance to be stroked and asked that she be removed!!

And so, the poor kitten came to us scared, but nowhere near as bad as some we’ve taken in. Anyway, she was in the right place at the right time – one of our long-term volunteers and adopter of the ‘un-homeables’ took her home. She’ll be allowed to come round as, if and when she feels like it. She’ll have 2 cat friends to play with – or not, if that’s what she wants. 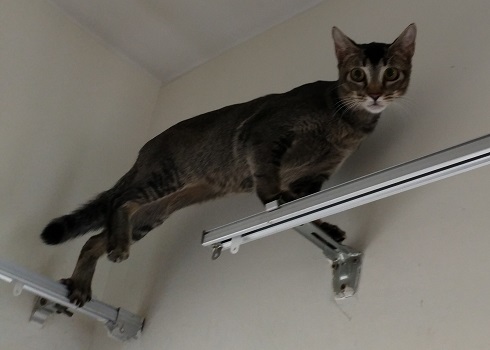