Thankfully it generally feels as though things could be improving. Dare I say it…….

We’ve been doing quite a lot with our cat house recently – repairs, renovations and painting to make it a more comfortable place for the girls and just in time as it’s SO hot. Our girls are incredibly spoiled and so they should be!

Cats seem to have become more and more popular over the past year which is encouraging we don’t even get to advertise a lot of them as there’s a waiting list Let’s talk cats, shall we, and who were the lucky ones I hear you asking?

Our homed cats, in no particular order!

Betty – Our amazing mum who gave birth in the foster parents’ bed, I kid you not! After saying goodby to her kittens she finally went off to her new home and family. She was an immediate hit and has become the apple of someone’s eye 🍎 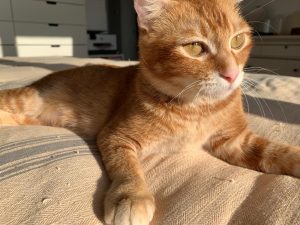 Brunei & Biba – two special kittens found themselves a home to match. I was thrilled to see how happy and quick they were to settle in. 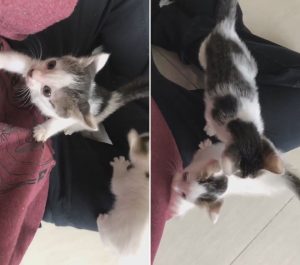 Bellatrix – it took her one month to settle in however settle she did. She’s now a very relaxed, loved cat – hard to believe how hard her journey was but with a very happy ending. 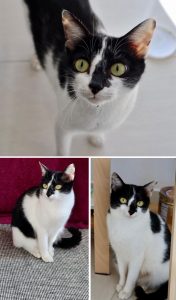 Curly – oh my what an incredibly pretty, ginger boy with stunning whirls and stripes too. He went into a foster I knew he’d never leave. He’s exactly what his mum wanted. He’s growing into a stunning young adult now too. 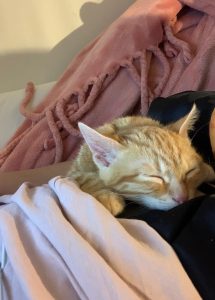 Casper – he had to have very unpleasant, not to mention expensive surgery to widen his er canals. He looked like something from a horror movie but recovered amazingly well and is now a gorgeous, healthy owned very spoiled cat. 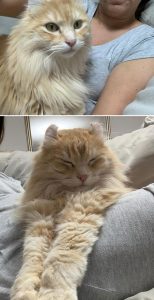 Colin – another stunning cat who wasn’t with us for long. He like so many of our cats captured someone’s heart and off he went to begin his new life. 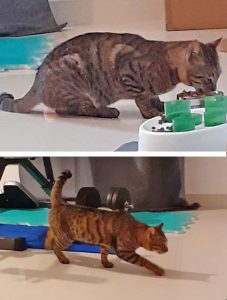 Douglas – our little Munchkin wasn’t even advertised, there’s always a waiting list for this breed. He’s young and not really a cats’ cat but has fit into the no 3 cat family and is exploring and showing interest in his new friends. 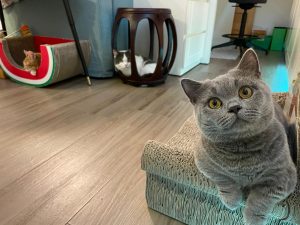 Dodger – like so many cats he walked in and took over. The resident dog had his nose pushed out of joint but has accepted this new creature though reluctantly! Dodger is quite the character and one of the friendliest cats with quite a fan base! 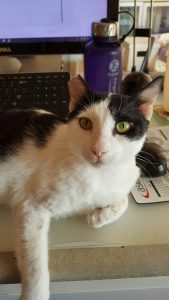 Dana & Dinah – it took quite some time to turn them around, a few weeks actually. The transformation was just amazing and they’re now living together happily, cuddling and sleeping on laps. I’m sure their siblings will be next in line – Dan & Deidra.

Mindy & Mimi – out of the blue a lovely family decided they wanted to adopt 2 of our 4 senior cats. It was such a surprise and it made my week I can say. Few adopt our seniors and when it happens it’s like Christmas! They’re doing well as best I know and have a beautiful roof top though I think they won’t be out there right now; boy is it ever hot?!!! 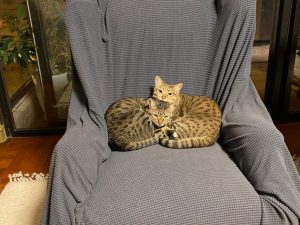 Daffodil – she was so terribly scared, shy too when she arrived. She barely moved for the first few days and then she decided to befriend the resident cat and everything changed! Though he wasn’t thrilled about her attention and constant annoyance she won him over. 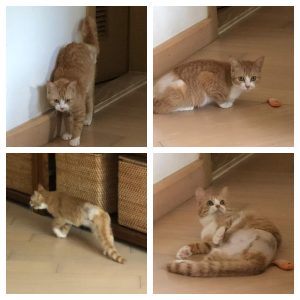 Man man & Shun Shun – this was a very special adoption as the 4 cats were our eldest and not without their health issues. I was thrilled to bits when their fosters from the day we got them decided to keep them. What made it more special was their dad is actually allergic to cats but takes pills everyday though not ideal he loves the cats too much to give them up. We love people like this and a huge Thank you from us all. 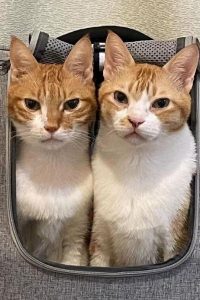 It’s not even summer yet and we’re already cooking. Wishing you all a healthy time, stay cool and stay in ha ha!